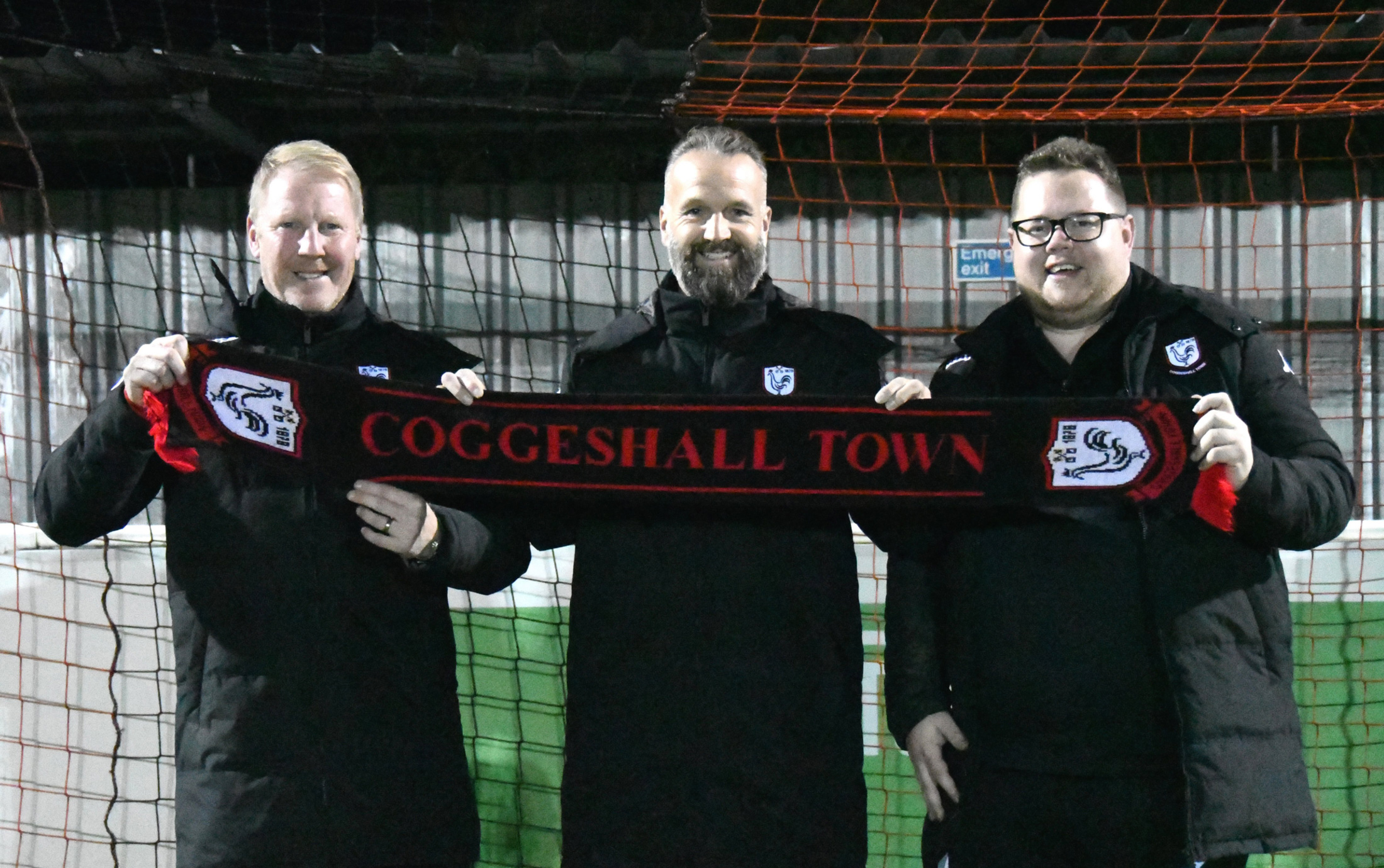 Both Stuart and Karl worked jointly together at their time with Heybridge Swift’s in the last few seasons. Stuart, 48, has previous managerial experience at Maldon Town, Ware, Heybridge and of course us when we won the Thurlow Nunn Eastern Counties title and promotion to the Isthmian League. Stuart was a huge part of that success and so it’s great to have him back.

Karl Duguid is a retired English professional footballer who spent the majority of his career playing for Colchester United where, over two stints, he made in excess of 400 league appearances.
He also played for Plymouth Argyle before finishing his professional career at Colchester, where he became a coach following his retirement. He has previously worked at Needham Market, Stanway Rovers and Heybridge Swift’s. He brings a wealth of experience with him playing in the football league, he knows the Isthmian league very well and the club is very excited to have him here. Karl has also brought in his trusted assistant Michael Pulford to come in and help him with team commitments.

The Seed Growers are currently 12th after 9 games and hope with this new management team the team, will progress and start to move up the table with the playoffs still our main objective.

Joint owners Graeme & Olly are excited by this appointment & endeavour to push the Club forward.

Thanks for your continued support.

Here are some quotes from Karl & Michael:

Karl Duguid “The opportunity to manage Coggeshall Town and build on their recent successes and the excellent foundations Graeme, Olly and John have built in such a short space of time is something that excites me and I can’t wait to get going”

“The squad is in great shape and there’s a real excitement amongst the boys of what we can push on and achieve this season.”

“I’m pleased to be working alongside Neths (Stuart Nethercott) and Pully (Michael Pulford) as I did at Heybridge and as a management team we feel we have the experience and attributes to take Coggeshall to the next level and beyond.”

Michael Pulford “We’re so grateful to Graeme, Olly and John for the opportunity to come into Coggeshall and help them on their journey up the football pyramid. We’re lucky to inherit a talented and experienced squad and although there may be one or two additions as we move forwards, we think we have the talent to keep pushing the club forward.”

So essentially the management structure is: